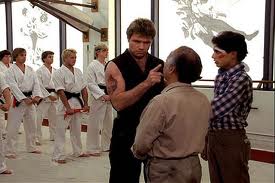 At one time, and for longer than it should have lasted, my students hated it when I judged them at a tournament. They knew the lowest scores for their katas would come from me, and that they would have to work twice as hard, while displaying the most control, before I would raise a flag in their favor during sparring.

When my charges were tested with students from other schools I set a higher standard for my students than I did for the others. Small transgressions were judged harshly. I expected perfection to be displayed before the judging panel of my peers.

Some years ago I took a deep look at my issue in regards to my students. I discovered the problem was my ego. I was afraid I would be viewed as being too easy on my students. I was fearful that I would be judged badly if my students did not perform well. It was about me, not my striving students. I wanted to be seen as being extremely fair, and I became the exact opposite. My ego was briefly placated at the expense of my students egos and their sense of fairness.

Recently I addressed the same issue with a dear friend of mine. He had established a testing vehicle that was difficult, but not impossible, to pass. Except when it came to his own students, or former students. In that case the bar was set too high, propped up by the same ego trap I had fallen in.

I urge all instructors to be fair to their students. It is a fine line I know, but don’t cross that line motivated by your ego and fear. If, upon reflection, you find that a student was passed over unfairly correct the error and do the right thing. The instructor thing.

Great advice Master McNeil.  I recently came to the same conclusion not that long ago.  One of my mentors reminded me that attitude is more important than aptitude!  While I still am looking for a certain level of technique execution, I am promoting the character of the person above all else.