Sexual Misconduct and a Project to Do Something Constructive 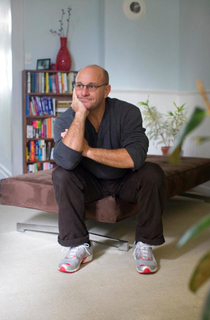 Aloha, I consider myself a shirt-sleeve member of the Goju-Shorei system, as I have great respect for the work of Master Dave --and a nearly 40 year friendship with him.

I'm making this post on the site to bring your attention to one of my (many) "projects" in and/or for "the martial arts industry" (what ever THAT is?). This one's a reaction to the news that my old friend Steve Lavallee, once a leader in the "industry," hung himself due to surfacing allegations of child molestation. I was shocked, as I didn't see Steve as anything but what he appeared to be.

In light of his tragedy and the pain/suffering he visited on an (evidently) large number of young people --and other molestation cases that have surfaced in the last month, I decided to set down a list of no-nonsense guidelines for the industry to use as a resource.

I'm calling for a volunteer force to join in and help both construct some reasonable guidelines --and then to publicize the work to such a degree that they might be adopted by "the powers that be" in the international martial arts community.

In other words, I'd like some help in making such a big, noisy, insistent deal out of the work, which will be apolitical and offer no commercial endorsement of ANY company, including my own --and will be offered on-line and free, that all the billing companies, retailers, association, and other "power" brokers and/or influencers in the martial arts community will either adopt the concepts willingly --or feel enough pressure from people like you and me, that they'll adopt them out of fear of bad press (I guess that reveals that I expect some political resistance to adopting something they, themselves, didn't dream up).

I don't care, either, if they take these ideas and make their own "site" --I care more about two things:

1. That we demonstrate we are aware --and that we are doing everything we can as an industry to self-regulate and prevent.

2. That we do everything we're capable of doing to keep other kids from becoming the victim of people who are broken.

The site where you might volunteer, if the work speaks to you, is http://safedojotaskforce.com

In a perfect world, you'd get every single person you know involved ---and as a result would be political people power /muscle. The more people involved, the greater the chance that we might have the work looked at and adopted as SOP.

I agree with everything you have both said, and will do what I can to help.

Thank you, help me, us, spread the word --as a strong grassroots campaign might help the "industry" get on board.

I totally agree Tom that part of teaching the Martial Arts should include defense against sexual assault as a basic part of the teaching.  I am more saddened that there is a need to have to teach it (as far as we wish it simply never happened) and that those that are charged with teaching self-protection are abusing that privilege in such a way.  I say a privilege, because it should always be thought of as such, too many regard it as their right, we must always remember that with this privilege comes great responsibility.

As I said before a fantastic idea that deserves backing and I did sign up when I first read about it, so looking forward to helping any way I can :)

That Troy, would be something. Are we, I ask, really teaching self-defense if we don't broach the subject of sexual assault, at any age?

It is such a shame that our society has morally declined to the point that there is a need for this in the first place..

Unfortunately because there is that need, I must say this is a great idea, wouldn't it be something if everyone involved in the arts not only became involved in this but actively incorporated it and publicized it not only within martial arts circles but into every aspect of their lives.